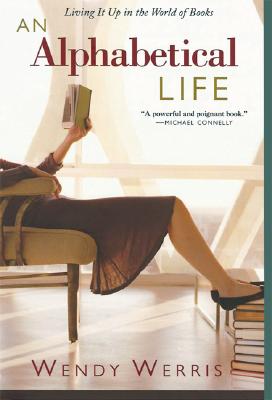 Living It Up in the World of Books

Little did Wendy Werris imagine that when she began a temp job at a Hollywood bookstore in 1970 at age nineteen, she had embarked on a thirty-five year career that would stretch into a journey of self-discovery and literary enlightenment. In An Alphabetical Life, Werris reflects upon how she came to embrace the book culture as her singular way of being in the world. Her career began when the book business was conducted amid an atmosphere of civility and wry humor, and her memoir captures the essence of this time and the people she met along the way. The challenges she faced, in what was then a male-dominated industry, are also discussed particularly in 1976 when she was one of only two women repping books in the entire country. In describing the hilarious, eccentric characters that were her colleagues, lovers, and partners in crime, the essence of retail bookselling comes alive. Among the figures she profiles are Henry Robbins, editor of The World According to Garp; Alan Kahn, then of Pickwick Bookshop in Los Angeles, now President of Barnes and Noble Publishing; and many great and memorable retail bookbuyers and authors.

Wendy Werris was born in Brooklyn in 1950, but has lived primarily in Los Angeles since childhood. In 1970 she began working in the book business after being hired at the legendary Pickwick Bookshop in Hollywood. Following a stint at Rolling Stone / Straight Arrow Books in San Francisco, she began working as a publisher's sales representative--and has been selling books ever since. She has also a professional photographer, and for the last few years has worked as a freelance author escort in and around Los Angeles.
Loading...
or
Not Currently Available for Direct Purchase