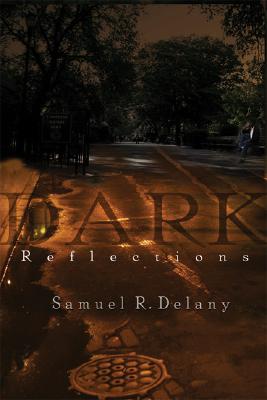 Arnold Hawley, a gay, AfricanAmerican poet, has lived in NYC for most of his life. Dark Reflections traces Hawley's life in three sections in reverse order. Part one: Hawley, at 50 years old, wins the an award for his sixth book of poems. Part two explores Hawley's unhappy marriage, while the final section recalls his college days. Dark Reflections, moving back and forth in time, creates an extraordinary meditation on social attitudes, loneliness, and life's triumphs.

Samuel R. Delany is a New York novelist and critic, whose first novel was published when he was twenty. His tenth, Dhalgren (1975), currently available from Vintage Books, has sold over a million copies. His more recent fiction includes Atlantis: Three Tales (1995), Hogg, (1995), and Phallos (2004); and his collected short stories, Aye, and Gomorrah (2004), is currently also available from Vintage. Delany has repeatedly won the Hugo and Nebula Awards. He is a recipient of the William Whitehead Memorial Award for a Life-time Contribution to Gay and Lesbian Writing and the Lambda Literary Pioneer Award. His book Times Square Red, Times Square Blue is a staple of gay studies courses. Besides his prize-winning autobiography, The Motion of Light in Water (1988), much of his nonfiction has been collected in three volumes, from Wesleyan University Press, Silent Interviews (1992), Longer Views (1996), and Shorter Views (2001). His most recent non-fiction book, from Wesleyan, is About Writing (2006). He is a Professor of English and Creative Writing at Temple University in Philadelphia and teaches at the Naropa Summer Writing Program, in Boulder, Colorado.
Loading...
or
Not Currently Available for Direct Purchase