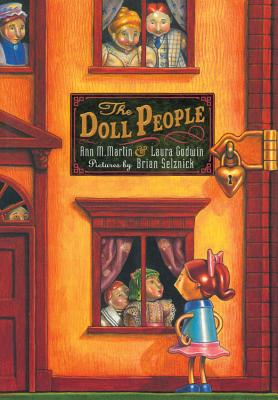 Annabelle Doll is eight years old-she has been for more than a hundred years. Not a lot has happened to her, cooped up in the dollhouse, with the same doll family, day after day, year after year. . . until one day the Funcrafts move in.

Praise For The Doll People…

Brian Selznick is the author and illustrator of the New York Times best-selling The Invention of Hugo Cabret, winner of the 2008 Caldecott Medal and a National Book nominee. He has also illustrated many other books for children, including Frindle by Andrew Clements, Amelia and Eleanor Go for a Ride by Pam Muñoz Ryan, and The Dinosaurs of Waterhouse Hawkins by Barbara Kerley, which received a 2001 Caldecott Honor. Brian lives in Brooklyn, New York, and San Diego, California.
Loading...
or support indie stores by buying on