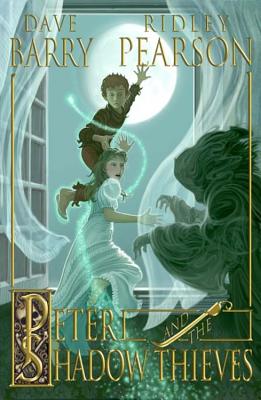 Dave Barry is a Pulitzer Prize - winning author of more than a dozen books, including Dave Barry's Money Secrets; Dave Barry's Complete Guide to Guys; Dave Barry Slept Here; Big Trouble; and Dave Barry Hits Below the Beltway. Along with Ridley Pearson, he is the co-author of Peter and the Starcatchers, Peter and the Shadow Thieves, Escape from the Carnivale, and Cave of the Dark Wind. Ridley Pearson is the best-selling author of eighteen novels, including The Kingdom Keepers;Cut and Run; The Body of David Hayes; The Diary of Ellen Rimbauer; Beyond Recognition; Parallel Lies; and No Witnesses. He was the first American to be awarded the Raymond Chandler/Fulbright Fellowship in Detective Fiction at Oxford University.