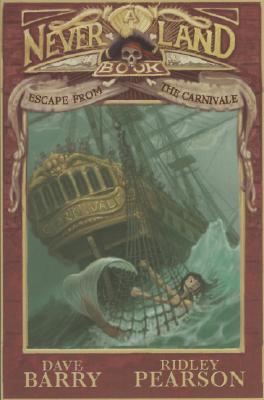 Escape from the Carnivale

Ridley Pearson isthe award-winning, best-selling author of Kingdom Keepers: Disney After Dark, KingdomKeepersII: Disney at Dawn, and Kingdom Keepers III:Disney in Shadow, as well as Steel Trapp— The Challenge and SteelTrapp—The Academy.Ridley has also coauthored, along with Pulitzer Prize–winning writer Dave Barry, the Peter and the Starcatchers series. Ridley, his wife, Marcelle, and their two daughters divide their time between St. Louis,Missouri, and Sun Valley, Idaho.