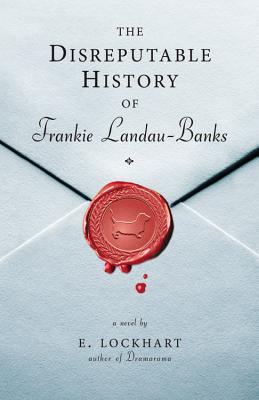 The hilarious and razor-sharp story of how one girl went from geek to patriarchy-smashing criminal mastermind in two short years, from the New York Times bestselling author of We Were Liars and Genuine Fraud.

No longer the kind of girl to take "no" for an answer.
Especially when "no" means she's excluded from her boyfriend's all-male secret society.
Not when her ex-boyfriend shows up in the strangest of places.
Not when she knows she's smarter than any of them.
When she knows Matthew's lying to her.
And when there are so many, many pranks to be done.

E. Lockhart is the author of the New York Times bestselling novels We Were Liars and Genuine Fraud. Her other books include Fly on the Wall, Dramarama, The Disreputable History of Frankie Landau-Banks, and the Ruby Oliver Quartet: The Boyfriend List, The Boy Book, The Treasure Map of Boys, and Real Live Boyfriends. Emily lives in Brooklyn, New York. Visit her online at EmilyLockhart.com and follow @elockhart on Twitter.
or
Not Currently Available for Direct Purchase