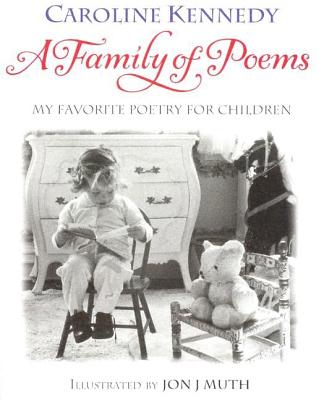 A Family of Poems

My Favorite Poetry for Children

Caroline Kennedy has curated a rich variety of Kennedy family favorite poems to include in this priceless selection. With thoughtful personal introductions written by Caroline herself, and beautiful new original artwork by award-winning artist, Jon J Muth, this collection has become a family favorite. Caroline has edited several other bestselling titles, including Profiles in Courage for Our Time and A Patriot's Handbook.