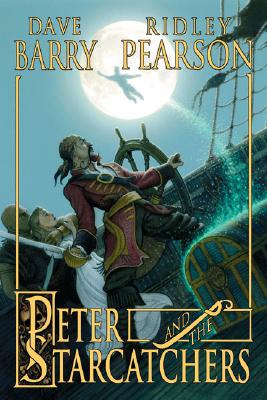 Peter and the Starcatchers

Don't even think of starting this book unless you're sitting in a comfortable chair and have lots of time. A fast-paced, impossible-to-put-down adventure awaits as the young orphan Peter and his mates are dispatched to an island ruled by the evil King Zarboff. They set sail aboard the Never Land, a ship carrying a precious and mysterious trunk in its cargo hold-and the journey quickly becomes fraught with excitement and danger.Discover richly developed characters in the sweet but sophisticated Molly, the scary but familiar Black Stache, and the fearless Peter. Treacherous battles with pirates, foreboding thunderstorms at sea, and evocative writing immerse the reader in a story that slowly and finally reveals the secrets and mysteries of the beloved Peter Pan.