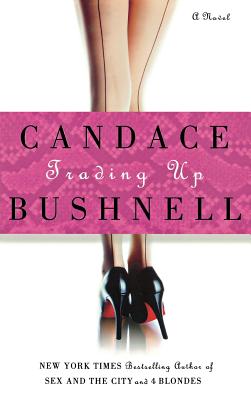 With a brilliant comic voice as well as Jane Austen's penchant for social satire, Candace Bushnell, who with Sex and the City changed forever how we view New York City, female friendships, and the love of a good pair of Manolos, now brings us a sharply observant, keenly funny, wildly entertaining latter day comedy of manners. Modern-day heroine Janey Wilcox is a lingerie model whose reach often exceeds her grasp, and whose new-found success has gone to her head. As we follow Janey's adventures, Bushnell draws us into a seemingly glamorous world of $100,000 cars, hunky polo players and media moguls, Fifth Avenue apartments, and relationships whose hidden agendas are detectable only by the socially astute. But just as Janey enters this world of too much money and too few morals, unseen forces conspire to bring her down, forcing her to reexamine her values about love and friendship--and how far she's really willing to go to realize her dreams.

Candace Bushnell is the internationally bestselling novelist whose first book, Sex and the City, was the basis for the HBO hit series and blockbuster movies. She is the author of seven novels, including Lipstick Jungle and The Carrie Diaries, which were made into popular TV series. She is the winner of the 2006 Matrix Award for books and a recipient of the Albert Einstein Spirit of Achievement Award.
Loading...
or support indie stores by buying on