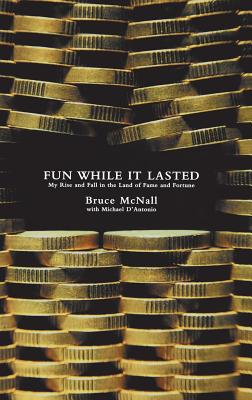 Fun While It Lasted

My Rise and Fall in the Land of Fame and Fortune

Bruce McNall became obsessed with coin collecting at the age of 10. At 16, his collection was worth $60,000. During college, he traveled the world buying coins stolen from ancient sites and tombs. McNall's first major sale was to Sy Weintraub, the head of Panavision, who bought $500,000 worth of coins in one sitting. Soon, McNall branched out into horse racing, movie making (The Fabulous Baker Boys), and owning the L.A. Kings hockey team.

Movie-maker, sportsman, and raconteur, Bruce McNall was one of the most famous coin collectors of all time. He was released from prison in 2001 and currently lives in Los Angeles. Michael D'Antonio is the author of ten books, including Tin Cup Dreams, Tour '72, and Mosquito. A Pulitzer Prize-winning journalist, he lives in New York.
Loading...
or support indie stores by buying on