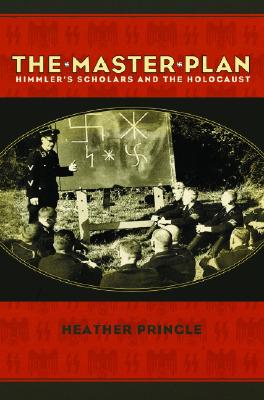 Himmler's Scholars and the Holocaust

In 1935, Heinrich Himmler established a Nazi research institute called The Ahnenerbe, whose mission was to send teams of scholars around the world to search for proof of Ancient Aryan conquests. But history was not their most important focus. Rather, the Ahnenerbe was an essential part of Himmler's master plan for the Final Solution. The findings of the institute were used to convince armies of SS men that they were entitled to slaughter Jews and other groups. And Himmler also hoped to use the research as a blueprint for the breeding of a new Europe in a racially purer mold.

The Master Plan is a groundbreaking expose of the work of German scientists and scholars who allowed their research to be warped to justify extermination, and who directly participated in the slaughter -- many of whom resumed their academic positions at war's end. It is based on Heather Pringle's extensive original research, including previously ignored archival material and unpublished photographs, and interviews with living members of the institute and their survivors.

A sweeping history told with the drama of fiction, The Master Plan is at once horrifying, transfixing, and monumentally important to our comprehension of how something as unimaginable as the Holocaust could have progressed from fantasy to reality.

Heather Pringle is the author of The Mummy Congress. Her work as a journalist has appeared in Science, Geo, New Scientist, and Discover, where she is currently a contributing editor. She has lectured across the United States and Canada--from the Smithsonian Institution in Washington, D.C., to the Canadian Museum of Civilization in Ottawa. She lives in British Columbia.
Loading...
or
Not Currently Available for Direct Purchase