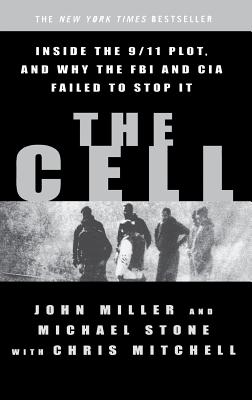 Inside the 9/11 Plot, and Why the FBI and CIA Failed to Stop It

September 11, 2001 marked the beginning of a new era in history, but the forces that triggered those attacks have been in place for years and continue to operate within the United States and abroad. Experts estimate that as many as 500 terrorist cells exist in America today. ABC News journalist John Miller has been tracking this story since his coverage of the first World Trade Center bombing in 1993. He was the first American journalist to interview Osama Bin Laden, and he has a sophisticated knowledge of the structure and workings of extremist organizations. The Cell contains information gleaned from sources within the FBI, CIA, and the local law enforcement communities currently conducting the investigation into the September 11 attacks.

John Miller is an Emmy Award-winning broadcast journalist, co-host of ABC's 20/20 with Barbara Walters, and one of the few Western reporters ever to have interviewed Osama bin Laden. He lives in New York City. This is his first book. Michael Stone is a veteran journalist who has covered many of New York's most notorious stories, including John Gotti, Robert Chambers and the Central Park jogger assault, and is the author of Gangbusters. He lives in New York City. Chris Mitchell is a senior editor at The Week. His previous collaboration, Jack Maple's The Crime Fighter, inspired the television drama The District.
Loading...
or support indie stores by buying on