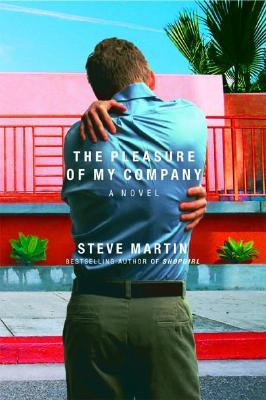 The Pleasure of My Company

From the bestselling author of Shopgirl comes the tender story of a troubled man who finds love, and life, in the most unexpected place. Daniel resides in his Santa Monica apartment, living much of his life as a bystander: He watches from his window as the world goes by, and his only relationships seem to be with people who barely know he exists. He passes the time idly filling out contest applications, counting ceiling tiles, and estimating the wattage of light bulbs. It is through Daniel's growing attachment to Clarissa, and to Teddy, that he finally gains the courage to begin to engage the world outside, and in doing so, he discovers love, and life, in the most surprising places. Filled with his trademark humor, tenderness, and out and out hilarious wordplay, The Pleasure of My Company is a tour de force sure to delight all of Steve Martin's fans.

Steve Martin is a celebrated writer, actor, and performer. His film credits include Father of the Bride, Parenthood, and The Spanish Prisoner, as well as Roxanne, L.A. Story, and Bowfinger, for which he also wrote the screenplays. He's won Emmys for his television writing and two Grammys for comedy albums. In addition to a play, Picasso at the Lapin Agile, he has written a bestselling collection of comic pieces, Pure Drivel, and a bestselling novella, Shopgirl. His work appears frequently in the New Yorker and the New York Times. He lives in New York and Los Angeles.
Loading...
or support indie stores by buying on