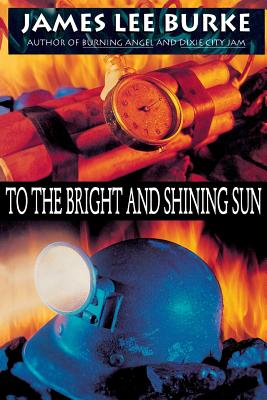 To the Bright and Shining Sun

Not only is Perry Woodson Hatfield James the "heir" to the legacies of the James brothers and the feuding Hatfield clan. He is coming of age in the despair-sodden world of moonshine whiskey in easter Kentucky's mining country in the early 1960s. The mine owners and the union are at war , the striking miners and the company scabs are at war, and Pett must somehow survive. At sixteen years old, Perry sets himself three tasks: avenge his father's murder; improve his and his family's lot; and escape to Cincinnati to find a "high-paying" job. But conditions in the hollows, his fellow miners, and his own anger and despair make for formidable obstacles. With the lure of seedy "watering holes" beckoning him, Perry must navigate the tempestuous journey from boyhood to manhood.

James Lee Burke is the New York Times bestselling, Edgar Award-winning author of twenty-four novels, including eighteen starring the Cajun detective Dave Robicheaux. Burke grew up on the Texas-Louisiana Gulf Coast, where he now lives with his wife Pearl. They also spend several months a year in Montana.
Loading...
or
Not Currently Available for Direct Purchase