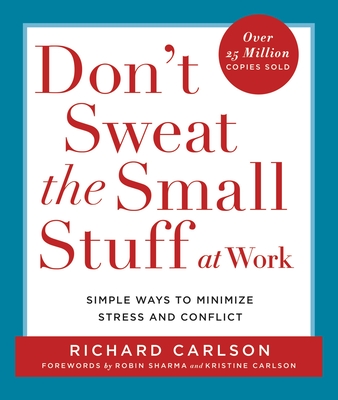 In this classic roadmap to managing your high-tension job, Richard Carlson shows how to stop worrying about the aspects of your work beyond your control and interact more fruitfully and joyfully with colleagues, clients, and bosses. His key insights reveal how to:

Praise For Don't Sweat the Small Stuff at Work: Simple Ways to Minimize Stress and Conflict…

"Over a decade of positive psychology research seems to validate what we learned twenty years ago from Don't Sweat the Small Stuff. . . . These wonderful books help break down and simplify how to achieve that happiness."
—ShawnAchor, bestselling author of The Happiness Advantage