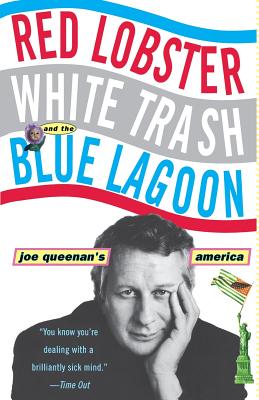 For fourteen years, critic Joe Queenan walked past the Winter Garden Theater in New York City without once even dreaming of venturing inside to see Cats. One fateful afternoon in March 1996, however, having grown weary of his hopelessly elitist lifestyle, he decided to buy a half-price ticket and check out Andrew Lloyd Webber's record-breaking juggernaut. No, he did not expect the musical to be any good, but surely there were limits to how bad it could be. Here, Queenan was tragically mistaken. Cats, what Grease would look like if all the cast members were dressed up like KISS, was infinitely more idiotic than he had ever imagined. Yet now the Rubicon had been crossed. Queenan had involuntarily launched himself on a harrowing personal oddyssey: an 18-month descent into the abyss of American popular culture. At first, Queenan found things to be every bit as atrocious as he expected. John Tesh defiling the temple of Carnegie Hall reminded him of Adolf Hitler goose-stepping in the shadow of the Eiffel Tower. The Celestine Prophecy and The Horse Whisperer proved to be prodigiously cretinous. And the sight of senior citizens forking over their hard-earned nickels and dimes to watch Joe Pesci in Gone Fishin' so moved Queenan that he began standing outside the theater issuing refunds to exiting patrons. But then something strange happened. Queenan started enjoying Barry Manilow concerts. He went to see Julie Andrews and Liza Minnelli and Raquel Welch in Victor/Victoria. He said nice things about Larry King and Charles Grodin in his weekly TV Guide column. He spent hours planted in front of the television, transfixed by special, two-hour episodes of Walker: Texas Ranger. He actually ordered the dreaded zuppa toscana at the Olive Garden. Most frightening of all, he shook hands with Geraldo Rivera. How Queenan finally escaped from the cultural Hot Zone and returned to civilization is an epic tale as heart-warming, awe-inspiring, and life-affirming as Robinson Crusoe, The Adventures of Marco Polo, Gulliver's Travels, and Swiss Family Robinson. Well, almost.

Joe Queenan writes a weekly column for TV Guide and is a contributing writer at GQ. His pieces regularly appear in Playboy, Allure, George, Movieline, and other publications, along with his book reviews for The Wall Street Journal and The New York Times. The author of three previous books, he lives in Westchester with his wife and two children.
or support indie stores by buying on
Copyright © 2020 American Booksellers Association