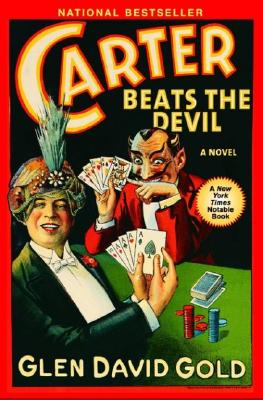 A hypnotizing work of historical fiction that stars 1920s magician Charles the Great, a young master performer whose skill as an illusionist exceeds even that of the great Houdini. Nothing in his career has prepared Charles Carter for the greatest stunt of all, which stars none other than President Warren G. Harding and which could end up costing Carter the reputation he has worked so hard to create. Filled with historical references that evoke the excesses and exuberance of Roaring Twenties, pre-Depression America, Carter Beats the Devil is a complex and illuminating story of one man's journey through a magical and sometimes dangerous world, where illusion is everything.

Glen David Gold received his MFA for creative writing at the University of California at Irvine and has written for newspapers, film, and television. He currently lives in Southern California.
Loading...
or support indie stores by buying on