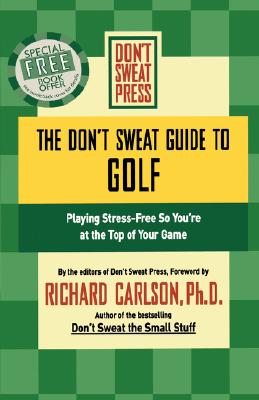 The Don't Sweat Guide to Golf

Playing Stress-Free so You're at the Top of Your Game

So many people are trying to improve their golf game nowadays, but many don't realize how bringing the stresses and worries of the workday onto the course hurts their score. In this book, the editors of Don't Sweat Press show both beginners and fanatics how to relax before teeing off as well as during the entire game, so they don't wind up in the sand trap!