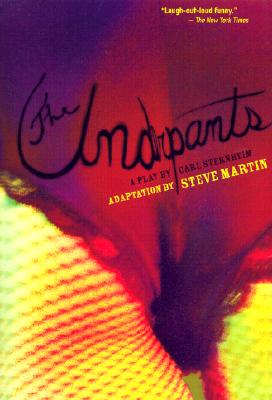 A Play by Carl Sternheim

Theobald Maske has an unusual problem: his wife's underpants won't stay on. One Sunday morning they fall to her ankles right in the middle of town--a public scandal! Mortified, Theo swears to keep her at home until she can find some less unruly undies. Amid this chaos he's trying to rent a room in their flat. The prospective lodgers have some underlying surprises of their own. In The Underpants, Steve Martin brings his comic genius and sophisticated literary style to Carl Sternheim's classic 1910 farce. His hilarious new version was staged by Artistic Director Barry Edelstein, and opened in March '02 on Off-Broadway to critical acclaim.