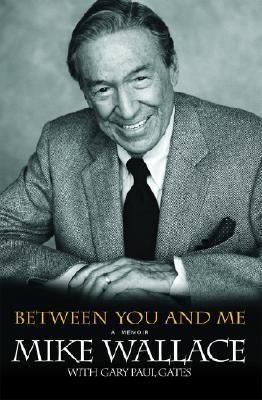 Between You and Me

Mike Wallace. His very name conjures up a certain kind of journalism--smart, informed, intense, and groundbreaking. Who else has wrangled sit-downs with his roster of world leaders and criminals, celebrities, and underdogs, heroes and scoundrels? Organized by interview subject--including Presidents, Icons and Artists, Con Men and Other Crooks, The General and the Whistle-Blower--Between You and Me, now in paperback, is his wry, candid, and revealing look back at sixty years in an unparalleled career.

Mike Wallace has been coeditor of 60 Minutes, CBS's seminal news magazine, since its premiere in 1968. The 2004-5 season marks his 37th on the broadcast. He has won innumerable awards for his work and been inducted into the TV Hall of Fame.
Loading...
or support indie stores by buying on