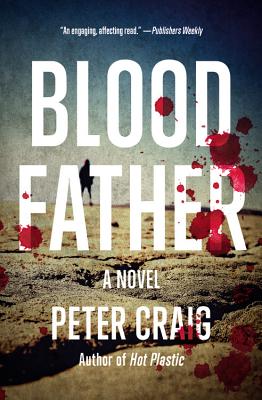 From the highly praised author of Hot Plastic, a gripping, suspenseful novel about a young woman being chased by her violent past, and the flawed father forced to come to the rescue.

It's been three years since Lydia Carson ran away from her privileged home in West Los Angeles. Just 17 years old, she's gotten involved with an older man who supplements his income with shady, mysterious activities. One afternoon Lydia finds herself guarding the back door of a house in Topanga Canyon during a shakedown. As murderous violence erupts, Lydia herself becomes a target. She escapes down a creek and through the hillsides to the shore--alone, destitute, and frightened. Her last option is John Link, her blood father, who has just come off a long prison sentence for violent crimes of his own.

Link jumps at the chance to rescue his daughter, but after several days he realizes that her situation is far more dangerous and complicated than he thought. Link is forced to return to his former wild lifestyle in order to protect his daughter, revisiting dangerous former allies and hideouts. In the process, a father and daughter begin to find each other--and the danger that might consume them.

Praise For Blood Father: A Novel…

"Rollicking ... An engaging, affecting read ... [about] a father coming to terms with his past and a daughter confronting her demons as they go on the lam."
—Publishers Weekly

"This father-and-daughter tale, recast as a fast-paced thriller, solidifies [Peter Craig's] reputation as a writer with a fresh and vivid point of view. Its theme of family reconciliation will especially appeal to readers who like their thrillers to be about more than just good guys and bad guys."
—Booklist

Peter Craig, author of Hot Plastic and The Martini Shot, is a graduate of the Iowa Writers' Workshop and a recipient of a James Michener-Copernicus Fellowship. Growing up, he divided his time between a show-business family in California and a commune in Oregon. He now lives in Los Angeles with his two daughters.
Loading...
or
Not Currently Available for Direct Purchase