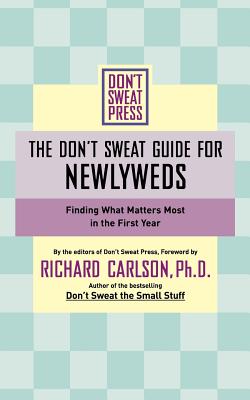 The Don't Sweat Guide for Newlyweds

Finding What Matters Most in the First Year

Just in time for spring and summer, when most weddings take place, this guide for newlyweds encompasses everything from planning and enjoying a great honeymoon (without stressing over it), to adjusting to life together as a couple.

During his life, Richard Carlson, Ph.D, was considered one of the foremost experts in happiness and stress reduction in the United States and around the world and was a frequent featured guest on many national television and radio programs. Don't Sweat the Small Stuff continued to be a publishing phenomenon with over twenty titles in the brand franchise, two of which were co-authored and authored with his beloved wife, Kris. He died of a pulmonary embolism in December 2006, at the age of forty-five.
Loading...
or
Not Currently Available for Direct Purchase