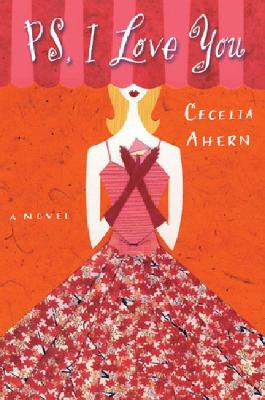 PS, I Love You (Paperback)

A novel about holding on, letting go, and learning to love again. Now in paperback, the endearing novel that captured readers' hearts and introduced a fresh new voice in women's fiction--Cecelia Ahern. Holly couldn't live without her husband Gerry, until the day she had to. They were the kind of young couple who could finish each other's sentences. When Gerry succumbs to a terminal illness and dies, 30-year-old Holly is set adrift, unable to pick up the pieces. But with the help of a series of letters her husband left her before he died and a little nudging from an eccentric assortment of family and friends, she learns to laugh, overcome her fears, and discover a world she never knew existed. The kind of enchanting novel with cross-generational appeal that comes along once in a great while, PS, I Love You is a captivating love letter to the world!

Cecelia Ahern is author of the international bestsellers PS, I Love You, Love, Rosie, and If You Could See Me Now. Film rights to If You Could See Me Now have been bought by Walt Disney Pictures, and PS, I Love You is being made into a film by Warner Bros. Foreign rights to her novels have been purchased in more than forty countries and have sold more than four million copies in North America, Europe, and Australia. The daughter of Ireland's prime minister, she lives in Dublin.
or
Not Currently Available for Direct Purchase
Copyright © 2020 American Booksellers Association