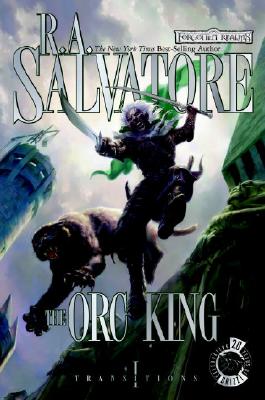 Drizzt is back in this exciting new trilogy from R.A. Salvatore!

An uneasy peace between the dwarves of Mithral Hall and the orcs of the newly established Kingdom of Many-Arrows can't last long. The orc tribes united under Obould begin to fight each other, and Bruenor is determined to finish the war that nearly killed him and almost destroyed everything he's worked to build. But it will take more than swords and axes to bring a lasting peace to the Spine of the World. Powerful individuals on both sides may have to change the way they see each other. They may have to start to talk. But it won't be easy.

R.A. SALVATORE has spent so many years winding himself into fantasy worlds that he's still trying to figure out how to unwind. He is the author of more than forty novels and more than a dozen "New York Times" best sellers, including "The Two Swords," which debuted at or near the top of many best seller lists.
Loading...
or
Not Currently Available for Direct Purchase