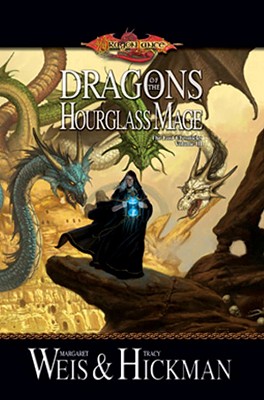 Between Chronicles and Legends, what made Raistlin aspire to godhood?

Margaret Weis and Tracy Hickman published their first novel in the "Chronicles" series of Dragonlance, "Dragons of Autumn Twilight," in 1984. Over twenty years later they are going strong as partners - over thirty novels as collaborators - and, alone or together with other partners, over one hundred books, including novels, collections of short stories, role playing games, and other game products. Hickman is also the editor of a new Tracy Hickman Presents line of Dragonlance novels for Wizards of the Coast, while Weis is in the midst of her own, popular, solo Dark Disciple series for Wizards. Weis is also the President of Margaret Weis Productions, which publishes Dragonlance game material as well as many other game products.
Loading...
or
Not Currently Available for Direct Purchase