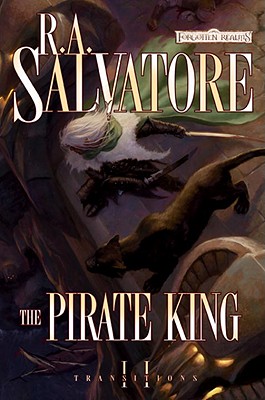 Drizzt returns to Luskan, and the Realms will never be the same!

The Arcane Brotherhood has long held the city of Luskan in their power, but when corruption eats away at their ranks, Captain Deudermont comes to the rescue of a city that has become a safe haven for the Sword Coast's most dangerous pirates. But rescuing a city from itself may not be as easy as Deudermont thinks, and when Drizzt can't talk him out of it, he'll be forced to help.

Drizzt is back in action again, and bringing more changes to the Forgotten Realms setting. This all new hardcover adventure will keep Drizzt fans guessing the whole way, with edge-of-your-seat action and plot twists that even the most casual reader of the Forgotten Realms novel line can't afford to miss!

R.A. Salvatore has spent so many years winding himself into fantasy worlds that he's still trying to figure out how to unwind. He is the author of more than forty novels and more than a dozen "New York Times" best sellers, including "The Two Swords," which debuted at or near the top of many best seller lists.
Loading...
or
Not Currently Available for Direct Purchase