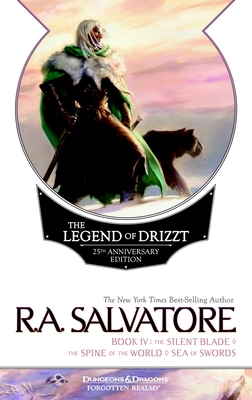 Though they've managed to save Wulfgar's body from captivity in the Abyss, Drizzt and his companions come to realize that a part of the barbarian's soul may have been left behind--but all they can do is let Wulfgar take his own path. And that path will take him to the bottom of a bottle, into the arms of a woman, through the windswept reaches of the Spine of the World, and to a new life as a father.

R.A. Salvatore is the New York Times best-selling author of more than forty novels, including the popular Forgotten Realms series The Legend of Drizzt. He's an avid gamer, father of three, and loyal citizen of Red Sox Nation. Residence: Massachusetts
Loading...
or support indie stores by buying on