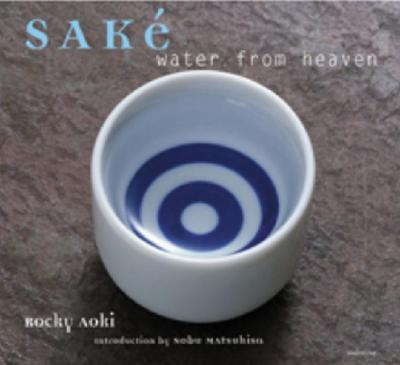 Saké, the Japanese wine distilled from rice and an essential part of Japanese culture for more than 2,000 years, is suddenly becoming one of the hippest alcoholic beverages in in the U. S. and abroad. The current rise of saké bars and saké-influenced drinks such as the sakétini are delicious evidence of this newly gained popularity.

Despite this newfound buzz, most Westerners know very little about this traditional drink.
There are more varieties of saké than there are of red and white wines combined.
Saké is supposed to be served chilled. Only low-grade saké is heated, mainly to hide the inferior quality of the drink. In Japan, saké is rarely served with sushi, which is ironic as most Americans who drink saké only drink it with sushi.

Rocky Aoki, the founder of the famous Benihana and Haru restaurants examines how the rice is grown and brewed, supplies fascinating background and history of saké in Japanese culture, describes the different varieties of saké, discusses which sakés should accompany different types of foods, and where one can purchase saké. With the same zest that he has brought to his phenomenally successful Benihana chain, which introduced the world to Japanese cuisine, Aoki will share the joy of saké.

Also included is an extensive appendix guide to 100 brands of saké that are commonly found in the United States and are considered the most popular brands based on quality, price, and availability.

Rocky Aoki founded the Benihana restaurant chain which has 100 restaurants worldwide. Rocky is also the proprietor of the sushi franchise Haru, which has four outposts in New York City.
Loading...
or
Not Currently Available for Direct Purchase