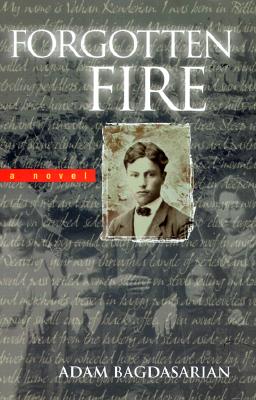 It is 1915, and Vahan Kendarian, the youngest son of one of the most influential Armenian families in Turkey, is confident that his privileged world will always include the house he loves, the laughter of his brothers and sisters, a sense of belonging. But when his uncle disappears and his father is taken away, when two brothers are shot before his eyes in the family garden, Vahan's world shatters. "Be steel", his father had always said when something tested the young boy's character. "Steel is made strong by fire". What is about to occur is Vahan's fire.

In the next three weeks he will lose his home and know hunger and thirst for the first time. In the next three years he will become an orphan, a prisoner, a beggar, a shepherd, a servant, a stowaway. He will meet and be befriended by the Horseshoer of Baskale, a Turkish governor famous for his practice of nailing horseshoes to the feet of his Armenian victims. He will live in a Turkish village, posing as a deaf mute and falling in love with the daughter of the only man in the village who guesses he is Armenian and is determined to kill him because of it. And he will discover inside himself reserves of strength and courage he did not know existed.

Based on the experiences of the author's great-uncle during the Armenian Holocaust, Forgotten Fire is the story of one boy's search for the survivor inside himself. It is the story of a lost nation -- a powerful celebration of the resilience of the human spirit during the darkest of times.