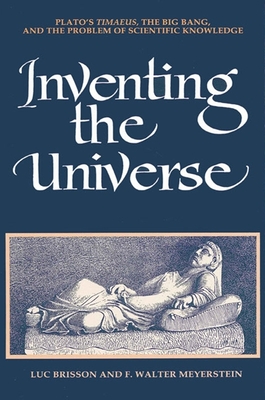 Plato's Timaeus, the Big Bang, and the Problem of Scientific Knowledge

A parallel investigation of both Plato's Timaeusand the contemporary standard Big Bang model of the universe shows that any possible scientific knowledge of the universe is ultimately grounded in irreducible and undemonstrable propositions. These are inventions of the human mind. The scientific knowledge of the universe is entirely composed in a series of axioms and rules of inference underlying a formalized system. There is no logical relationship between the sensible perception of a world of becoming and the formalized system of axioms known as a scientific explanation.

The irrational gap between perception and explanation can be appraised historically and identified in three stages: Plato's Timaeus furnishes the first example of a scientific theory dealing with a realm of ideality that cannot be derived from immediate sensible perception; the Big Bang model is constituted on the basis of the purely geometrical notion of symmetry; and in the more recent Algorithmic Theory of Information, the analysis of the purely symbolic language expressing physical reality reveals the level of complexity of any given theory formulated in this language. The result is that the probability of the universe actually conforming with simple mathematics is zero.

In a formal system, a theorem contains more information than can be found in the set of axioms of this system, and it remains undecidable. In Aristotle''s language, the theorems that can be proved within a theoretical model are already potentially contained in the system of axioms underlying these theorems.

Luc Brisson is Director of Research at Centre National de la Recherche Scientifique. He has published several books and articles. F. Walter Meyerstein is in the Philosophy Department at the Universitate Autonoma de Barcelona, and is studying the philosophical implications of modern science.
Loading...
or support indie stores by buying on