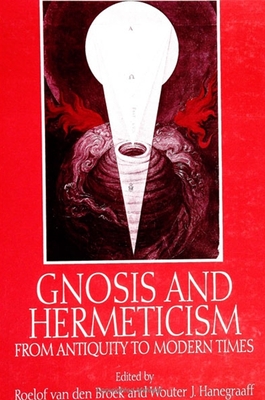 Gnosis and Hermeticism from Antiquity to Modern Times

This volume introduces what has sometimes been called "the third component of western culture." It traces the historical development of those religious traditions which have rejected a world view based on the primacy of pure rationality or doctrinal faith, emphasizing instead the importance of inner enlightenment or gnosis: a revelatory experience which was typically believed to entail an encounter with one's true self as well as with the ground of being, God. The contributors to this book demonstrate this perspective as fundamental to a variety of interconnected traditions. In Antiquity, one finds the gnostics and hermetics; in the Middle Ages several Christian sects. The medieval Cathars can, to a certain extent, be considered part of the same tradition. Starting with the Italian humanist Renaissance, hermetic philosophy became of central importance to a new religious synthesis that can be referred to as Western Esotericism." The development of this tradition is described from Renaissance hermeticists and practitioners of spiritual alchemy to the emergence of Rosicrucianism and Christian theosophy in the seventeenth century, and from post-enlightenment aspects of Romanticism and occultism to the present-day New Age movement.

Roelof van den Broek is Emeritus Professor of the History of Christianity at the University of Utrecht, The Netherlands. He has also written The Myth of the Phoenix: According to Classical and Early Christian Traditions and Studies in Gnosticism and Alexandrian Christianity. Also at the University of Utrecht, Wouter J. Hanegraaff is a Research Fellow in the Study of Religions. He is the author of New Age Religion and Western Culture: Esotericism in the Mirror of Secular Thought.
Loading...
or
Not Currently Available for Direct Purchase