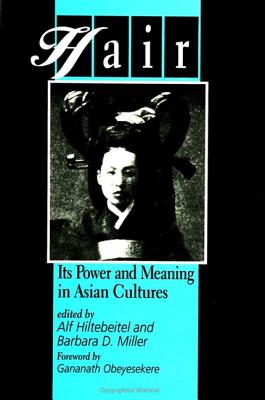 Its Power and Meaning in Asian Cultures

Hair--whether present or absent, restored or removed, abundant or scarce, long or short, bound or unbound, colored or natural--marks a person as clearly as speech, clothing, and smell. It defines a person's gender, sexual availability and desirability, age, social status, and even political stance. It may also act as a basis for discrimination in treatment by others. While hair's high salience as both sign and symbol extends cross-culturally through time, its denotations are far from universal. Hair is an interdisciplinary look at the meanings of hair, hairiness, and hairlessness in Asian cultures, from classical to contemporary contexts. The contributors draw on a variety of literary, archaeological, religious, and ethnographic evidence. They examine scientific, medical, political, and popular cultural discourses. Topics covered include monastic communities and communities of fashion, hair codes and social conventions of rank, attitudes of enforcement and rebellion, and positions of privilege and destitution. Different interpretations include hair as a key aspect of female beauty, of virility, as obscene, as impure, and linked with other symbolic markers in bodily, social, political, and cosmological constructs.

Alf Hiltebeitel is Professor in the Department of Religion at George Washington University. He edited Criminal Gods and Demon Devotees: Essays on the Guardians of Popular Hinduism and The Ritual of Battle: Krishna in the Mahaharata, both published by SUNY Press.Barbara D. Miller is Professor in the Department of Anthropology, George Washington University.
Loading...
or
Not Currently Available for Direct Purchase