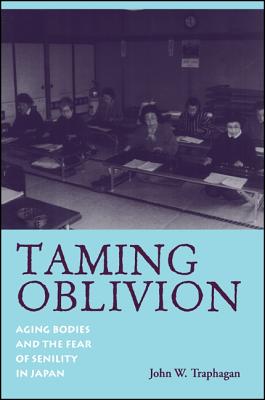 Aging Bodies and the Fear of Senility in Japan

Taming Oblivion examines the cultural construction of senility in Japan and the moral implications of dependent behavior for older Japanese. While the biomedical construction of senility-as-pathology has become increasingly the norm in North America, in Japan a folk category of senility exists known as boke. Although symptomatically and conceptually overlapping with Alzheimer's disease and other forms of senile dementia, boke is distinguished from unambiguously pathological conditions. Rather than being viewed as a disease, boke is seen as an illness over which people have some degree of control. John Traphagan's ethnographic study of older Japanese explores their experiences as they contemplate and attempt to prevent or delay the boke condition.

John W. Traphagan is Assistant Professor of Anthropology and Director of the Center for Gerontological Anthropology at California State University, Fullerton.
Loading...
or
Not Currently Available for Direct Purchase