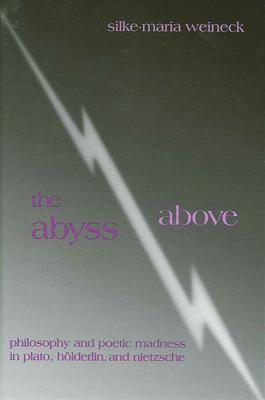 Philosophy and Poetic Madness in Plato, Holderlin, and Nietzsche

In The Abyss Above, Silke-Maria Weineck offers the first sustained discussion of the relationship between poetic madness and philosophy. Focusing on the mad poet as a key figure in what Plato called "the ancient quarrel between philosophy and poetry," Weineck explores key texts from antiquity to modernity in order to understand why we have come to associate art with irrationality. She shows that the philosophy of madness concedes to the mad a privilege that continues to haunt the Western dream of reason, and that the theory of creative madness always strains the discourse on authenticity, pitching the controlled, repeatable, but restrained labor of philosophy against the spontaneous production of poetic texts said to be, by definition, unique.

Silke-Maria Weineck is Assistant Professor of German Studies at the University of Michigan.
Loading...
or
Not Currently Available for Direct Purchase