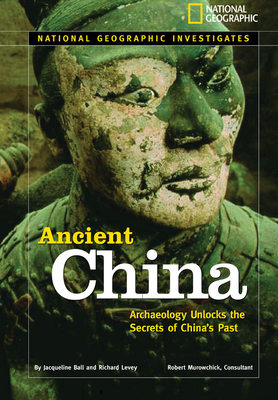 Ancient China: Archaeology Unlocks the Secrets of China's Past

In 1974, farmers uncover the terra-cotta army of China's first emperor, Qin Shi Huangdi. Satellite technology reveals about 8,000 soldiers at the tomb complex. Only 1,000 have so far been excavated.

In 1976, archaeologists uncover a Shang Dynasty tomb in the Henan province. They recover artifacts bearing the name Fu Hao. Could this be the same person whose name is found on oracle bones unearthed elsewhere in China?

Bodies encased in suits of jade, and a pristinely preserved mummy are among the other treasures from China's tombs that continue to provide us with clues to her rich, complex past.

Ancient China includes an interview with Dr. Zhichun Jing, University of British Columbia, and working archaeologist at Anyang, the last capital of the Shang Dynasty.

Jacqueline Ball is the award-winning author and producer of more than 100 books for children and young adults, including the Dino School series and Step Back Science. She lives in New York City.

Richard H. Levey is a business reporter and weekly columnist. His first children's book, Dust Bowl! The 1930s Black Blizzard, was published in 2005. He lives in New York City.