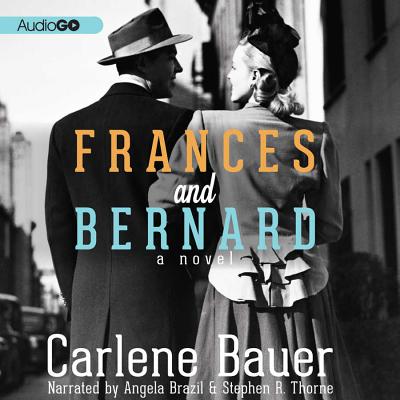 “The main characters in this lovely gem of a novel are loosely based on Flannery O'Connor and Robert Lowell. The story is told entirely in the form of letters -- not an easy feat, but Bauer makes it work beautifully. Frances and Bernard meet in the late 1950s at a writer's colony, and though they don't immediately click, Bernard sends Frances a letter that begins an intense philosophical, spiritual, and physical relationship. A true treat for readers!”
— Cody Morrison, Square Books, Oxford, MS
View the List

Bernard Elliot, a poet, and Frances Reardon, a fiction writer, meet at a writers' colony during the summer of 1957 and begin a friendship and correspondence. Bernard, well-born and Harvard-educated, is gregarious, reckless, and passionate; Frances, the precocious daughter of a middle-class Irish family, is circumspect, wry, and more than a little judgmental. What starts as an exploration of faith eventually becomes a romance, a development complicated by Bernard's fall into manic depression and Frances' struggle to decide whether she is strong enough to weather the illness with him for the long term.

The novel is anchored by two deeply imagined, fully inhabited characters who give voice to a love story that is as emotionally powerful as it is intellectually spirited.