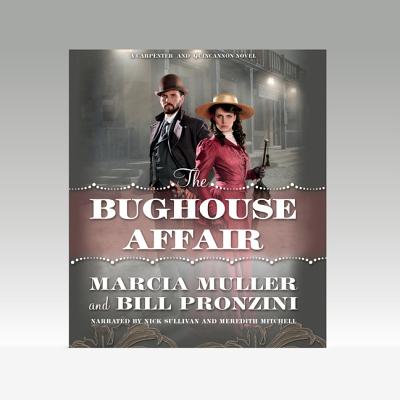 In The Bughouse Affair, former Pinkerton operative Sabina Carpenter and her detective partner, ex-Secret Service agent John Quincannon, undertake what initially appear to be two unrelated investigations. Sabina's case involves the hunt for a ruthless lady dip who uses fiendish means to relieve her victims of their valuables at Chutes Amusement Park and other crowded places.

Quincannon, meanwhile, is after a slippery housebreaker who targets the homes of wealthy residents, following a trail that leads him from the infamous Barbary Coast to an oyster pirate's lair to a Tenderloin parlor house known as the Fiddle Dee Dee. The two cases eventually connect in surprising fashion, but not before two murders and assorted other felonies complicate matters even further. And not before the two sleuths are hindered, assisted, and exasperated by the infamous Sherlock Holmes.