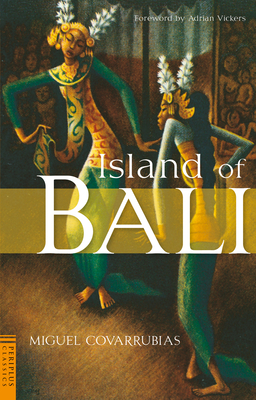 Island of Bali is now available with a foreword by Professor Adrian Vickers which puts the book into context for a modern audience. First published in 1937, Island of Bali is still regarded by many as the most authoritative text on Bali and its fascinating people. Included is a wealth of information on the daily life, art, customs and religion of this magical Island of the Gods. In the author's own words it presents a bird's-eye view of Balinese life and culture. Miguel Covarrubias, the author, was a noted painter and caricaturist as well as a student of anthropology. He lived in Bali for a total of three years in the early 1930s, and today his account is as fresh and insightful as it was when it was originally published. Introducing the island with a survey of hits history, geography and social structure, Covarrubias goes on to present a captivating picture of Balinese art, music and drama. Religion, witchcraft, death and cremation are also covered. Island of Bali will appeal to anyone with interest in this unique island, from general Eat, Pray, Love readers to serious anthropologist alike. Complementing the text are 90 drawings by Covarrubias and countless others by Balinese artists. Also included are 114 half-tone photographs, and five full-color paintings by the author.

Miguel Covarrubias (1904-1957) was born in Mexico City and was an author, painter, caricaturist, and professor of art history at the National School of Anthropology in Mexico City. Adrian Vickers was born in Tasmania, New South Wales, in 1958 and moved to Sydney to undertake a degree at the University of Sydney, where he was awarded a BA (Hons) in 1980 and a Ph.D. in 1987. His Ph.D. thesis, undertaken in the Indonesian and Malayan Studies Department, involved extensive research in Bali, Jakarta, the Netherlands and the USA. Vickers has taught Indonesian history, language and culture at the University of Sydney and for the Workers' Education Association, and written many articles on Balinese art, literature and history. He is Professor of Southeast Asian Studies, University of Sydney.
Loading...
or support indie stores by buying on