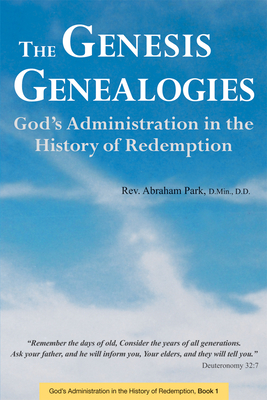 Rev. Abraham Park May 17, 1928 - December 17, 2014 Born in Sariwon, Korea B.A. in Corporate Management from Kookmin University, Korea M. Div. from the Presbyterian General Assembly Theological University, Korea Honorary D. Min. from Lael College and Graduate School, USA Honorary D.D. from Faith Theological Seminary, USA Honorary D.D. from Knox Theological Seminary, USA Former Moderator of the Hap-dong Conservative General Assembly of the Presbyterian Church in Korea The late Rev. Abraham Park founded Pyungkang Cheil Presbyterian Church, which currently consists of 70,000 members. His great spiritual legacy continues with his nine published volumes of the History of Redemption series and the 300 churches he had established worldwide. In the early part of his 56-year ministry, Rev. Park spent 3 1/2 years of solitude in a cave atop Mount Jiri, where he devoted day and night to the Bible and prayer. Like the fathers of the early church, Rev. Park's ministry was not founded upon his knowledge acquired from theological discipleship, but upon his life of piety and faith. His insights into the Bible, which he obtained through the powerful illumination of the Holy Spirit, were materialized into the manuscripts that would later become the book series called God's Administration in the History of Redemption. He attested with all his heart and soul that "the Bible is the living Word of God." As a bastion of conservative Reformed faith, he firmly taught that the Word of God is inerrant, infallible, and inspired by the Holy Spirit. Having read the Bible over 1,800 times, he is widely respected for his dedication, charisma, and unrivaled adeptness in biblical exposition. His Bible-centered ministry reached fruition through his congregation whose lives are centered on the church and the Word of God. Their service and dedication to the church, which is the body of Christ, has left indelible impressions on many theologians and ministers from all over the world.
or
Not Currently Available for Direct Purchase
Copyright © 2020 American Booksellers Association