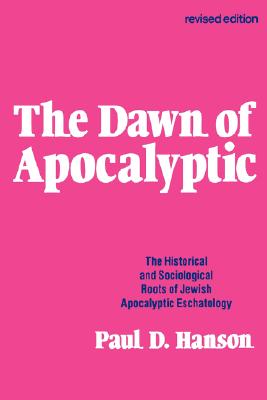 The Dawn of the Apocalyptic

In challenging both traditional and contemporary notions of the nature and history of the Biblical apocalyptic literature, Professor Hanson begins by saying that the origins of apocalyptic cannot be explained by a method which juxtaposes seventh and second century compositions and then proceeds to account for the features of the latter by reference to its immediate environment. The apocalyptic literature of the second century and after is the result of a long development reaching back to pre-exilic times and beyond, and not the new baby of second century foreign parents. Not only the sources of origin, but the intrinsic nature of late apocalyptic compositions can be understood only by tracing the centuries-long development through which the apocalptic eschatology developed from prophetic and other even more archaic native roots.

By means of a detailed analysis of the Hebrew text and a new translation of it into English, Professor Hanson demonstrates why scholars must look again at the apocalyptic eschatology. This contextual-typological approach will call for a reexamination of many opinions about this literature.