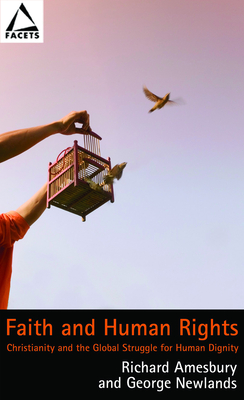 Christianity and the Global Struggle for Human Dignity (Facets)

The UN's 1948 Universal Declaration of Human Rights stands as ahighpoint of twentieth-century moral deliberation, yet sixty yearslater human rights are widely denied, evaded, or ignored aroundthe world. Where are religious persons in this situation? Here aphilosopher and a theologian address the issues with authority, clarity, and genuine passion in a way that does not spare religionor even religious people, who have been among the most egregiousviolators of human rights in the world.

Faith and Human Rights argues that the idea of human rightsis not exclusively religious, but that its realization in practicerequires urgent action on the part of people of all faiths - andof no faith. The authors contend that while faith has much ofvalue to contribute here, the world's religions will require vigilantreappraisal if they are to function as genuine partners in the globalstruggle for human dignity. Acknowledging the ambiguous morallegacy of their own tradition, Christianity, the authors draw onChristological themes to draft blueprints for a culturally sensitivetheology of human rights.