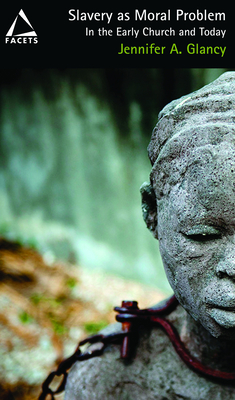 In the Early Church and Today (Facets)

Recent US and UN reports document the startling incidence of human trafficking in the world today. Yet the situation is hardly new.

The fact that some early Christians were slaves does not present a moral problem for Christians today. The fact that some early Christians were slaveholders does. Jennifer Glancy tackles questions that continue to haunt contemporary men and women, inside and outside of the churches: Why didn't Jesus speak out forcefully against slavery? Why didn't the early church see slavery as fundamentally incompatible with the gospel? Were there any bright moments when some Christians in fact drew that conclusion, and why don't we know more about them? Why didn't Christianity have more of an impact on slaveholding in the Roman Empire? And what lessons can we learn as we face moral catastrophes in our own day?

Though chapters discuss slavery in the first centuries of the church, Glancy's focus is on the question of moral imagination: What does it take for people to take a clear stand against entrenched and accepted wrong? In an age when debt bondage, child labor, sex slavery, and human trafficking are increasing and increasingly integrated into economic globalization, what should our response be? And do early Christian writings provide any help at all?