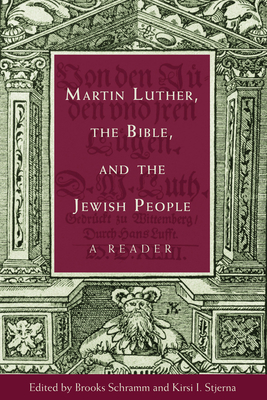 Martin Luther, the Bible, and the Jewish People

The place and significance of Martin Luther in the long history of Christian anti-Jewish polemic has been and continues to be a contested issue. It is true that Luther's anti-Jewish rhetoric intensified toward the end of his life, but reading Luther with a careful eye toward the Jewish question, it becomes clear that Luther's theological presuppositions toward Judaism and the Jewish people are a central, core component of his thought throughout his career, not just at the end. It follows then that it is impossible to understand the heart and building blocks of Luther's theology without acknowledging the crucial role of the Jews in his fundamental thinking.

Luther was constrained by ideas, images, and superstitions regarding the Jews and Judaism that he inherited from medieval Christian tradition. But the engine in the development of Luther's theological thought as it relates to the Jews is his biblical hermeneutics. Just as the Jewish question is a central, core component of his thought, so biblical interpretation (and especially Old Testament interpretation) is the primary arena in which fundamental claims about the Jews and Judaism are formulated and developed.