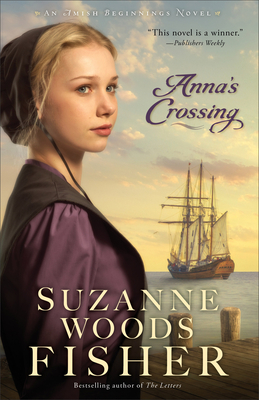 When Anna K nig first meets Bairn, the Scottish ship carpenter of the Charming Nancy, their encounter is anything but pleasant. Anna is on the ship only to ensure the safe arrival of her loved ones to the New World. Hardened by years of living at sea, Bairn resents toting these na ve farmers--dubbed "Peculiars" by deckhands--across the ocean. As delays, storms, illness, and diminishing provisions afflict crew and passengers alike, Bairn finds himself drawn to Anna's serene nature. For her part, Anna can't seem to stay below deck and far away from the aloof ship's carpenter, despite warnings.

When an act of sacrifice leaves Anna in a perilous situation, Bairn discovers he may not have left his faith as firmly in the past as he thought. But has the revelation come too late?

Amish fiction favorite Suzanne Woods Fisher brings her fans back to the beginning of Amish life in America with this fascinating glimpse into the first ocean crossing as seen through the eyes of a devout young woman and an irreverent man. Blending the worlds of Amish and historical fiction, Fisher is sure to delight her longtime fans even as she attracts new ones with her superb and always surprise-filled writing.

Suzanne Woods Fisher is the bestselling author of the Lancaster County Secrets series, the Stoney Ridge Seasons series, and The Inn at Eagle Hill series, as well as nonfiction books about the Amish, including Amish Peace. She is also the coauthor of an Amish children's series, The Adventures of Lily Lapp. Suzanne is a Carol Award winner for The Search, a Carol Award finalist for The Choice, and a Christy Award finalist for The Waiting. She is also a columnist for Christian Post and Cooking & Such magazines. She lives in California. Learn more at www.suzannewoodsfisher.com and follow Suzanne on Twitter @suzannewfisher.
Loading...
or support indie stores by buying on