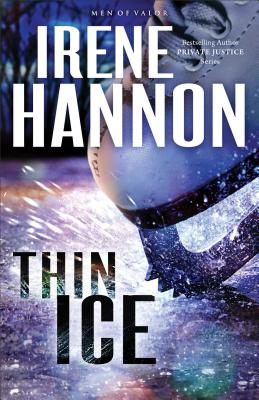 After losing her parents in a car accident and her sister to a house fire, Christy Reed has been mired in grief. Life is finally starting to feel normal again when an envelope arrives in the mail--addressed in her sister's handwriting. And the note inside claims she is still alive.
FBI Special Agent Lance McGregor, a former Delta Force operator, is assigned to reopen the case, but he's coming up with more questions than answers. If Ginny Reed is still alive--who is the woman buried in her grave? Where is Ginny? And is Christy a pawn in a twisted cat-and-mouse game--or the target of a sinister plot? As he digs deeper, one thing becomes clear: whoever is behind the bizarre ruse has a deadly agenda.
Bestselling author and two-time Christy Award finalist Irene Hannon warms readers' hearts as they root for a romance between Lance and Christy, but she pulls out all the stops as this high-stakes thriller chills to the bone in a race to the finish.

Irene Hannon is the bestselling and award-winning author of more than forty-five novels, including Buried Secrets, the Heroes of Quantico, Guardians of Justice, and Private Justice series. Her books have been honored with, among others, three coveted RITA Awards from Romance Writers of America, three HOLT Medallions, a Daphne du Maurier Award, two Reviewers' Choice Awards from RT Book Reviews magazine, and a National Readers' Choice Award. She lives in Missouri. Learn more at www.irenehannon.com.
or
Not Currently Available for Direct Purchase
Copyright © 2020 American Booksellers Association