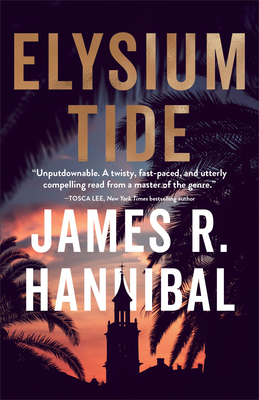 Dr. Peter Chesterfield is one of the Royal London Hospital's top neurosurgeons. He is also a workaholic, ordered by his boss to take a week off to attend a medical symposium at the luxurious Elysium Grand on the island of Maui. While there, Peter pulls a woman with a skull fracture from the water. Though he is able to revive her in the ambulance, she eventually dies in his arms, leaving him with only one clue to what happened to her: the word "honu."

Increasingly obsessed with discovering the cause of his patient's death, Peter becomes entangled in an ongoing investigation of a brazen luxury auto theft. He also becomes a source of deep irritation to detective Lisa Kealoha, who has jurisdiction over the case.
But when the two join forces, they begin to uncover a destructive plot that runs far deeper than either of them could have imagined. And if they're not careful, they're both going to end up dead.

Award-winning author James R. Hannibal whisks you away to the deadly beauty of Hawaii for a story of greed, violence, and justice that will leave you breathless.

James R. Hannibal is no stranger to secrets and adventure. This former stealth pilot from Houston, Texas, has been shot at, locked up with surface-to-air missiles, and chased down a winding German road by an armed terrorist. He is a three-time Silver Falchion Award winner for his children's mysteries, and a Carol and Selah Award winner for The Gryphon Heist and Chasing the White Lion. His latest spy thriller is The Paris Betrayal. James is a rare multisense synesthete, meaning all of his senses intersect. He sees and feels sounds and smells, and hears flashes of light. If he tells you the chocolate cake you offered smells blue and sticky, take it as a compliment. Connect with James at www.jamesrhannibal.com.
Loading...
or support indie stores by buying on