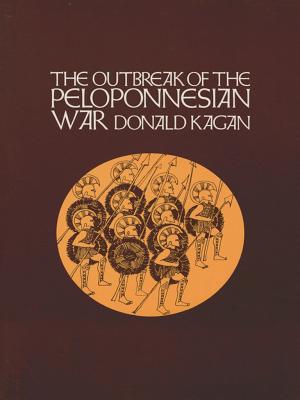 The Outbreak of the Peloponnesian War

The first volume of Donald Kagan's acclaimed four-volume history of the Peloponnesian War offers a new evaluation of the origins and causes of the conflict, based on evidence produced by modern scholarship and on a careful reconsideration of the ancient texts. He focuses his study on the question: Was the war inevitable, or could it have been avoided?Kagan takes issue with Thucydides' view that the war was inevitable, that the rise of the Athenian Empire in a world with an existing rival power made a clash between the two a certainty. Asserting instead that the origin of the war cannot, without serious distortion, be treated in isolation from the internal history of the states involved, Kagan traces the connections between domestic politics, constitutional organization, and foreign affairs. He further examines the evidence to see what decisions were made that led to war, at each point asking whether a different decision would have been possible.

Donald Kagan is Sterling Professor of Classics and History at Yale University.
Loading...
or support indie stores by buying on