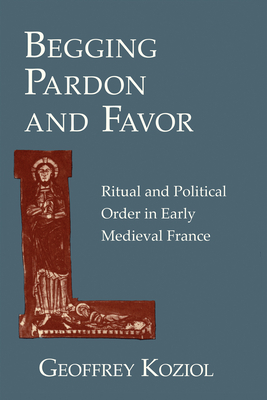 In reconstructing and interpreting rituals of supplication, Geoffrey Koziol here uncovers the dense meanings of these most common-place of all early medieval rituals. The author casts a wide net, comparing these rituals in several regions of northern and western France to illuminate the complex changes in social relations and political power in the tenth and eleventh centuries.

In medieval cultures, supplication was simply the act of prayer, an act that required a distinctive language of entreaty accompanied gestures of humility, such as kneeling and prostration. Koziol shows that in tenth- and eleventh-century France, prayer was an act of political honor as well as religious devotion, since the language and gestures of prayer were used to address not only God but also earthly lords who claimed to rule by the grace of God.

Making subtle use of ethnological studies and using a remarkable range of sources, Koziol demonstrates that supplication accurately reflected the complexities and paradoxes in contemporary attitudes toward friendship, enmity, and political authority. And in documenting their regional variations, he shows that the rituals of supplication, far from being routinized gestures insensitive to context, remained culturally meaningful by adapting to the realities of different political and social communities. Original and richly interdisciplinary, Begging Pardon and Favor is a major contribution to our understanding of medieval political and religious culture.

Geoffrey Koziol is Professor of History at the University of California, Berkeley.
or support indie stores by buying on
Copyright © 2020 American Booksellers Association