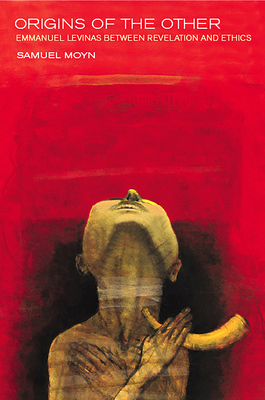 Origins of the Other

The French-Jewish thinker Emmanuel Levinas (1906-1995) is today remembered as the central moralist of the twentieth century and remains a major presence in the contemporary humanities. In this book, written in lucid and jargon-free prose, Samuel Moyn provides a first and controversial history of the makings of his thought, and especially of his trademark concept of the other.Restoring Levinas to the intellectually rich and combative atmosphere of interwar Europe, Origins of the Other overturns a number of views that have attained almost stereotypical familiarity. In a careful overview of Levinas's career, Moyn documents the philosopher's early allegiance to the great German thinker Martin Heidegger. Showing that Levinas crafted an idiosyncratic vision of Judaism, rather than returning to any traditional source, Moyn makes the startling suggestion that Protestant theology, as it spread across the continent in new forms, may have been the most plausible source of Levinas's core concept. In Origins of the Other, Moyn offers new readings of the work of a host of crucial thinkers, such as Hannah Arendt, Karl Barth, Karl L with, Gabriel Marcel, Franz Rosenzweig, Jean-Paul Sartre, and Jean Wahl, who help explain why Levinas's thought evolved as it did.Moyn concludes by showing how the other assumed an ethical bearing (long after its first invention) when Levinas's thought crystallized in Cold War debates about intellectual engagement and the relation of morality and politics. An epilogue relates Levinas's Totality and Infinity to current philosophical discussions in Europe and America and reflects on the difficult relationship between philosophy and religion in the modern world.

Samuel Moyn is Associate Professor of History at Columbia University.
Loading...
or support indie stores by buying on