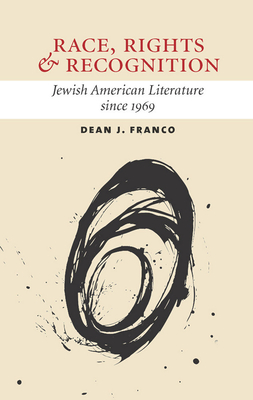 In Race, Rights, and Recognition, Dean J. Franco explores the work of recent Jewish American writers, many of whom have taken unpopular stances on social issues, distancing themselves from the politics and public practice of multiculturalism. While these writers explore the same themes of group-based rights and recognition that preoccupy Latino, African American, and Native American writers, they are generally suspicious of group identities and are more likely to adopt postmodern distancing techniques than to presume to speak for their people. Ranging from Philip Roth's scandalous 1969 novel Portnoy's Complaint to Gary Shteyngart's Absurdistan in 2006, the literature Franco examines in this book is at once critical of and deeply invested in the problems of race and the rise of multicultural philosophies and policies in America.

Franco argues that from the formative years of multiculturalism (1965-1975), Jewish writers probed the ethics and not just the politics of civil rights and cultural recognition; this perspective arose from a stance of keen awareness of the limits and possibilities of consensus-based civil and human rights. Contemporary Jewish writers are now responding to global problems of cultural conflict and pluralism and thinking through the challenges and responsibilities of cosmopolitanism. Indeed, if the United States is now correctly--if cautiously--identifying itself as a post-ethnic nation, it may be said that Jewish writing has been well ahead of the curve in imagining what a post-ethnic future might look like and in critiquing the social conventions of race and ethnicity.

Dean J. Franco is Associate Professor of English at Wake Forest University. He is the author of Ethnic American Literature: Comparing Chicano, Jewish, and African American Writing.
Loading...
or support indie stores by buying on